How an MBA Escaped Corporate Life to Live his Dreams 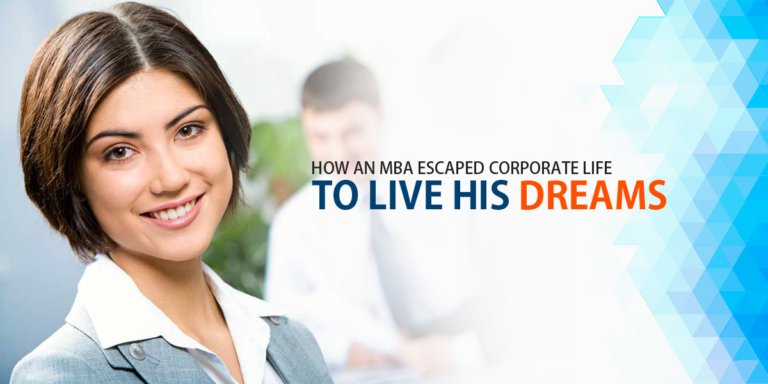 Mark Barak is the man who owns a new successful restaurant called ‘La Pecora Bianca’, in New York City. How he came to start this exciting business from a former MBA labeled corporate life, is a story worth sharing. So, read on to find out how you can leverage your management degree with some real-world experience to live the life you always dreamt of. ‘La Pecora Bianca’ which means ‘The White Sheep’ in Italian, and it lies in the area called as NoMad, which is in the North of Madison.

Barak is armed with an MBA from Wharton and has worked in the banking, finance, and corporate world for around 12 years. He then decided to leave this life to reinvent himself with this restaurant of his dreams.

It is a common notion for most people that a Wharton MBA will be a hands-on food service entrepreneur as Wharton alums barely chose that field. When asked how he went into the restaurant business plan and why, Barak answered that he had spent 12 long years in the corporate world holding high positions in companies like Maxim, EMI, and NBA.

He was making it big in the world of finance and media. But to him, it always felt like he was missing out on something. He believed that his creative side was being restricted in the confines of the corporate world. Just like good writing requires creative writing skills, peace of mind and a good atmosphere, living life happily also needs a lot of aspects to be taken care of.

As he believed this was a prevailing problem with the most in this world due to the authorities. And the financial crisis of 2008 further showed him that the corporate outlook was not going to cut it for him, which is when he decided to start his own company.

He further said that he had fallen in love with Italy when he was touring Europe, and especially found interest in food, design, and hospitality. He felt that NYC should have an Italian hospitality brand which is different from the others, and since food was the only career that got him excited, he chose to be a restaurateur.

When asked how his solo venture is off so far, Barak seemed to be highly optimistic about the future of his business and is already happy with the progress they are making.

He said that he had a thesis that for any business to be successful in NYC given the soaring costs, the company must have an all-day model of business that will bring in revenue all day. Following his thesis, his La Pecora Bianca has 3 different concepts – a high-end Italian Panini bar with espresso, a daytime bakery with a café, and a further upscale dinnertime service at night. He says that although achieving such a difficult blend was really challenging, but so far, his thesis has proved to be true. After all, this is a failsafe model, once one can get the foundation built right.

You can follow your dreams as well after an MBA. Do not go by the typical mindset of being confined to corporate walls where creativity succumbs to its untimely death. Your MBA is an asset for any field you choose to pursue; you just have to know how to use it right. And if you need essay writing help, simply come to us and say write my essay for me.